Les Néréides Loves Animals presents the story of another London rescue, Jenny and her cat Hugo! 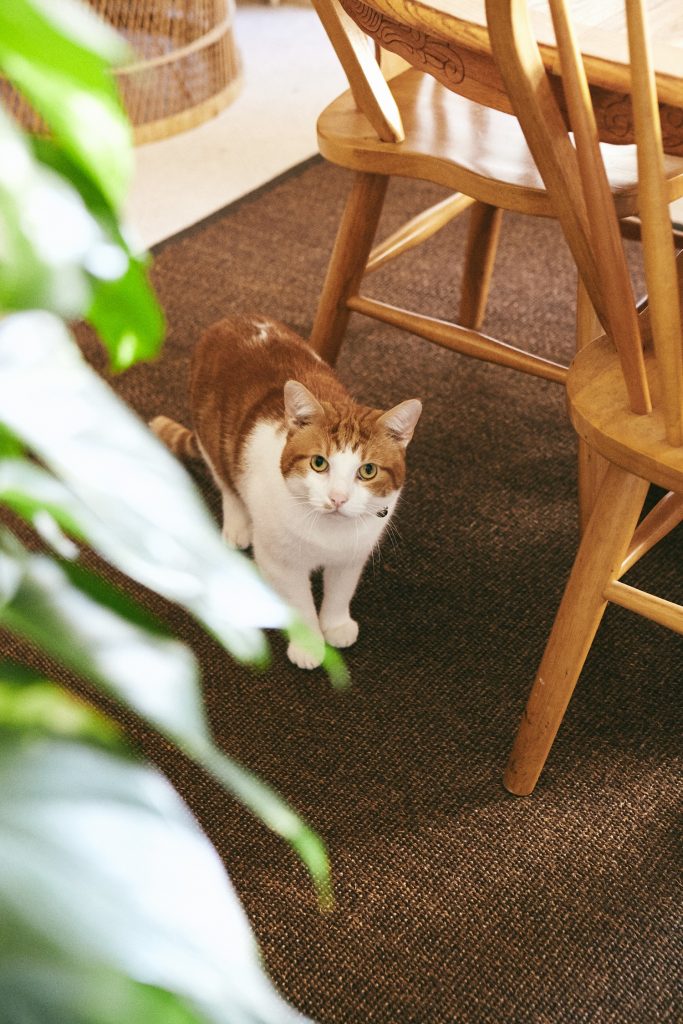 Can you tell us about when you first met him?

I wanted to adopt a rescue cat so I went to a cattery near my home. Out of all the cats, I noticed his sad look. I went closer to him and instead of being scared, he started to purr very loudly. I turned to my boyfriend and said: let’s bring this one home! 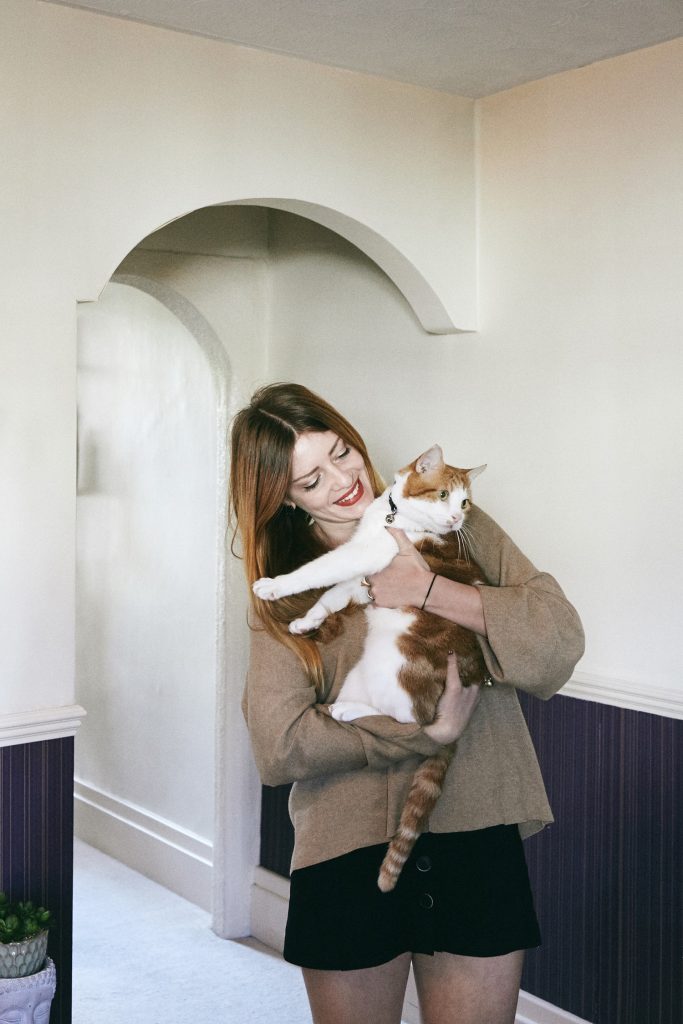 He’s friendly with everyone, very calm and cuddly. He pretty much is the perfect cat.

He’s obsessed with food, he could eat all day long. He also doesn’t like to be groomed at all (he really is a boy).

Does he have a nickname and if so why? 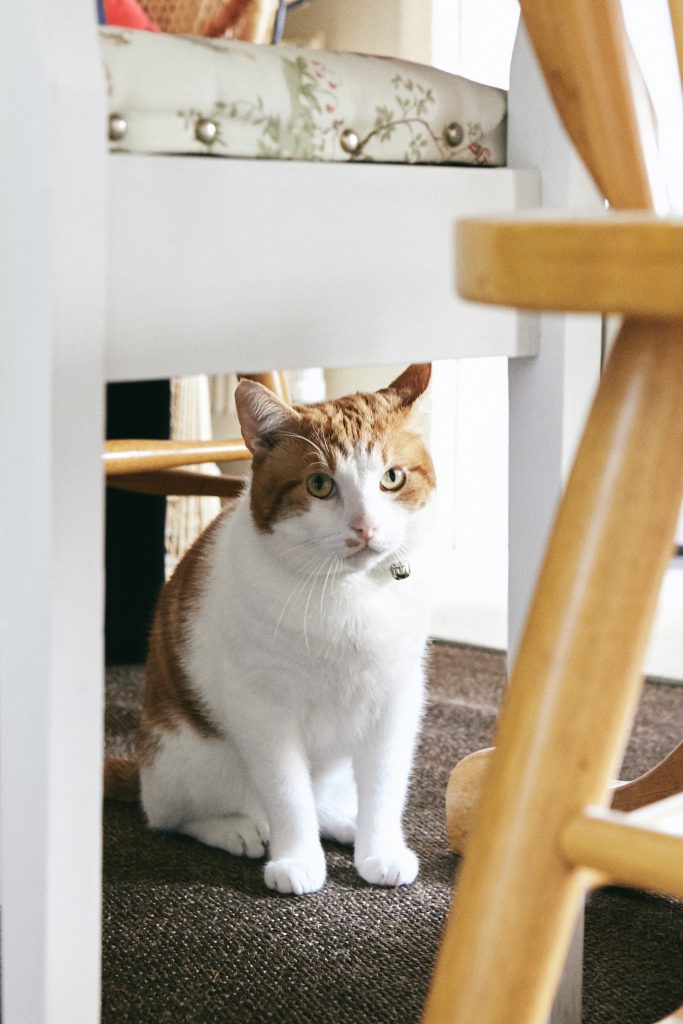 Sitting on the sofa and cuddling him after a long day helps me relax and unwind.

I have always had a strong connection with animals. When I was a kid, I used to live in the countryside and every time I found a small stray animal, a cat, a bird or even a hedgehog, I would bring them home. When I moved to London, I missed having a pet around a lot, so I recently decided to finally go for it and have a look at the Scratching Post, a cattery close to my home. Originally, I wanted to adopt a kitten, but they are so energetic and needy, I wouldn’t have been able to take care of it at my best with my work schedule. When you get a kitten, you don’t know what to expect but when you adopt an adult cat you know there are no surprises. You can see straight away the ones that are more independent or the ones that won’t leave your side, Hugo belongs to the second type! I’m so glad I decided to give him a home, and now he is rewarding me with a lot of love and gifts (like dead spiders or half-eaten lizards).

He ruined my favourite snuggle chair, now his own personal chair.

According to my boyfriend, he waits for me in front of the door every evening at the same time, as if he knew when I’m coming home from work. 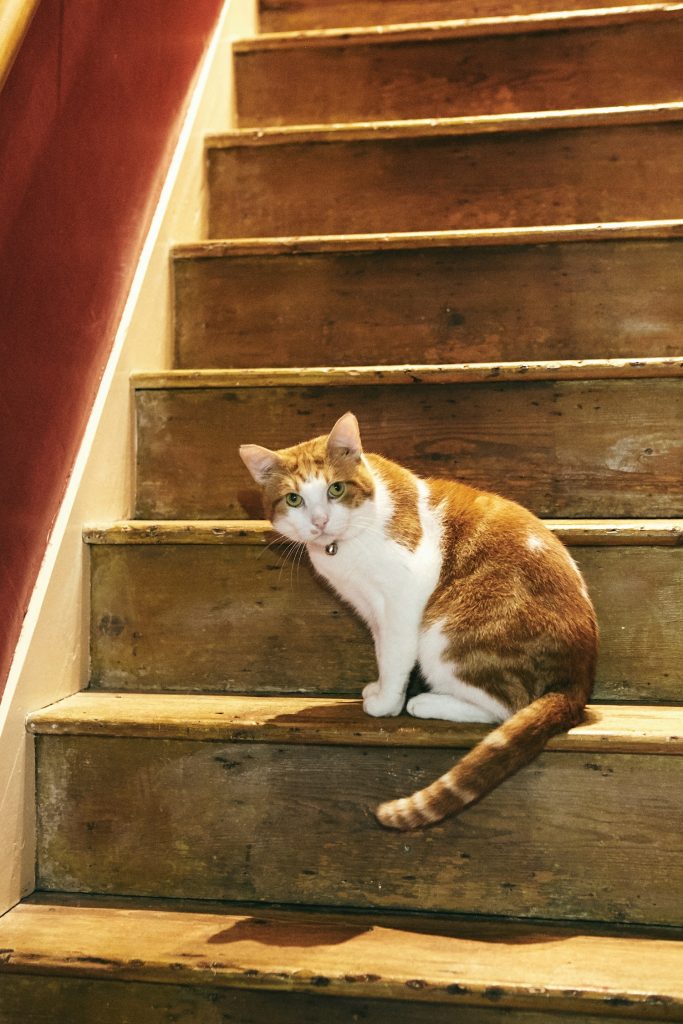 Interviewed by Catherine Dauriac from the French newspaper Le Parisien Week-end on the occasion of the International Animal Rights Day, Pascale Amaddeo, founder of la Maison Les Néréides, opens about her commitment for the animal cause and […]

Les Néréides Loves Animals presents the story of another London rescue, Jenny and her cat Hugo!     Who is he? Hugo, a ginger and white domestic short hair cat, about 1 year old.   […]