Portrait : Aurélie and her hens 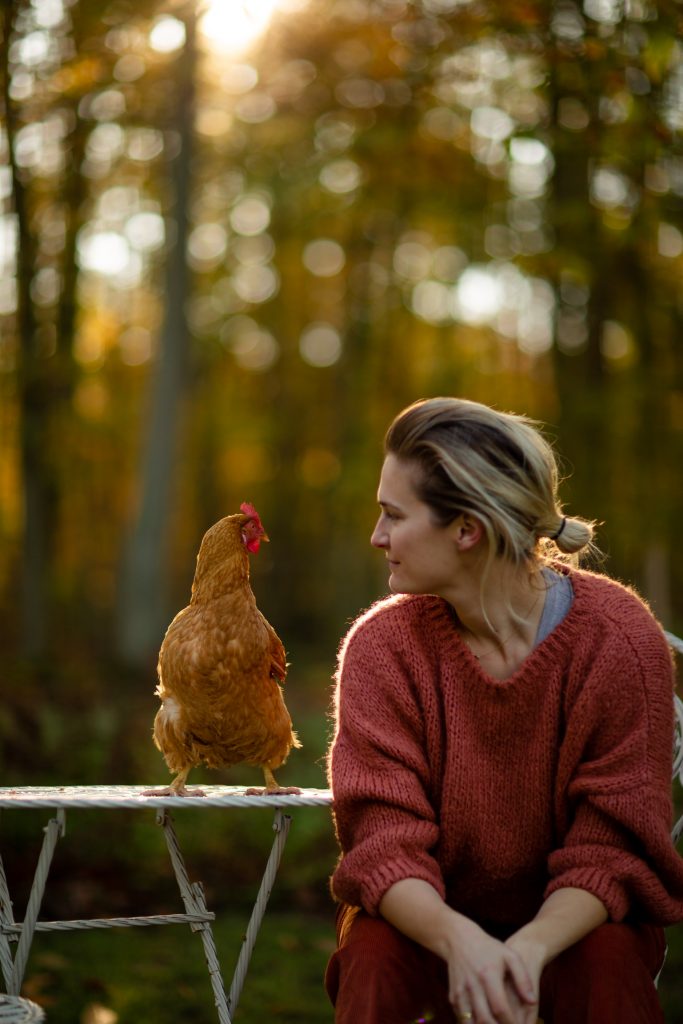 How many hens do you have?

The four red are called : Analisa, azura, linda, dita and the two white chickens are called poulette, poupoule. They are about 2 years old and I adopted them when they were about 18 months old from an organic layer farm.

Can you tell us what made you decide to adopt hens?

I live in the country, we have space, we wanted eggs that we knew where they came from. When I was looking for a place to adopt chickens, I discovered the practices around egg production and hens: at 18 months they are too old to be profitable in farms and breedings: they are killed. Knowing that a hen lays on average up to 5 years. And can live up to 10 years!

So I decided to adopt them rather than buy them. 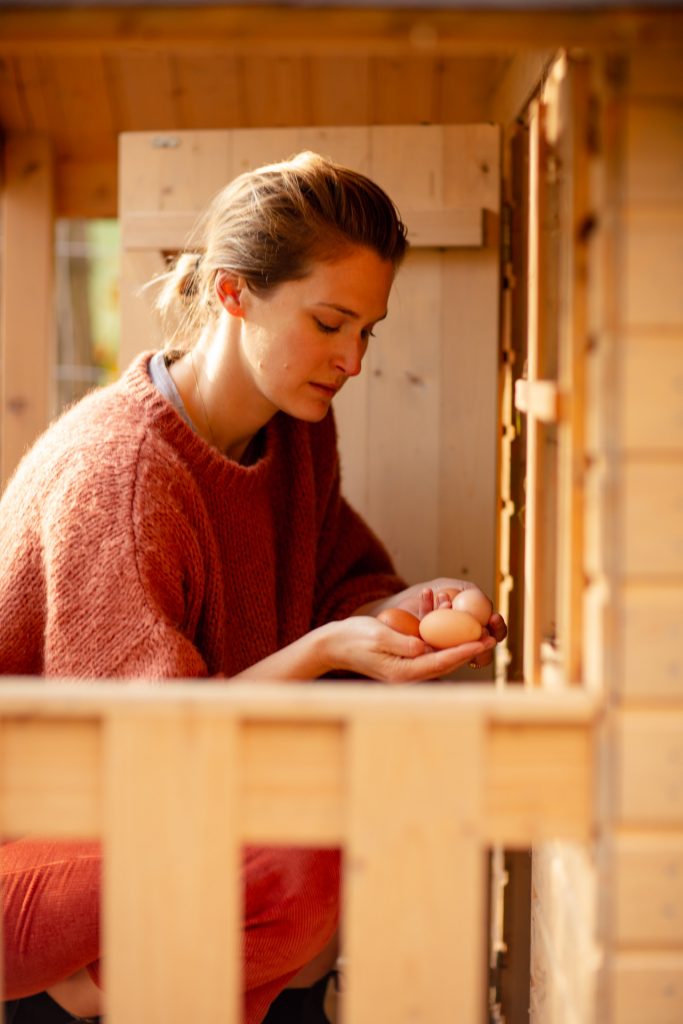 Despite the fact that they were from an organic farm, they were in a terrible state. Skinny, almost no feathers left, unsuited to live with the other hens already there (not socialised) and very scared.

They didn’t understand how to get into their house/poultry house at night. They did not scratch the ground for insects. They got their feathers back in one and a half months. And they understood how to get in at night, after 2 weeks (I put them to bed myself before).

What is their best quality? 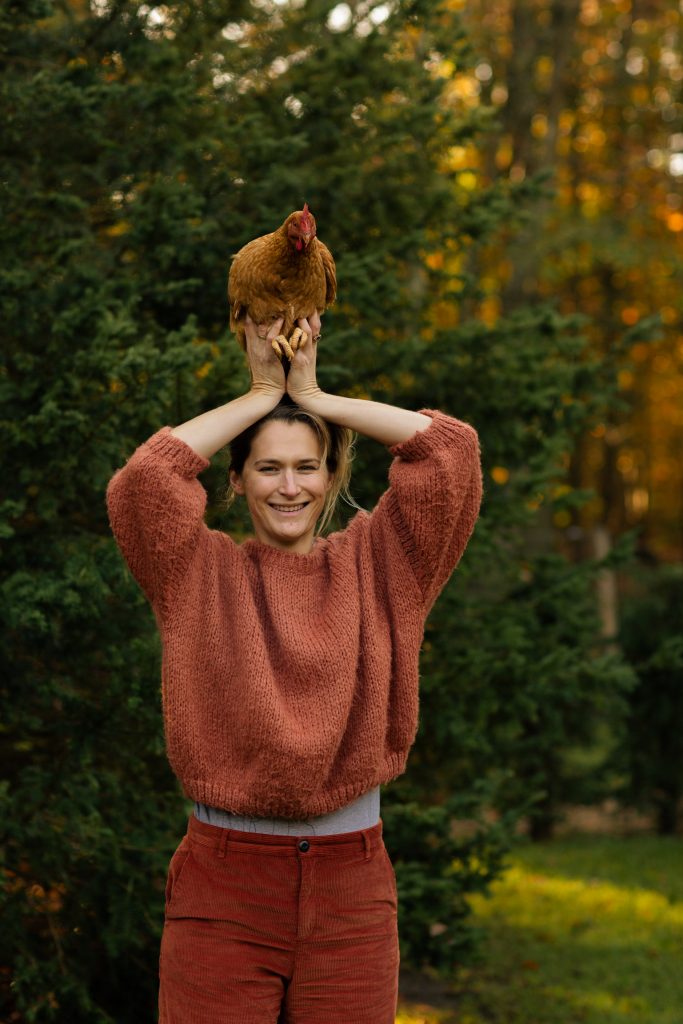 What does their presence bring to you on a daily basis?

I like to see them evolve, look for things, talk. It’s soothing.

Every morning I would find them on the side of the garden where the dogs could catch them. I’d re-clogged every little hole, not understanding where they were going. I had to spend an hour in the pen with them to understand… 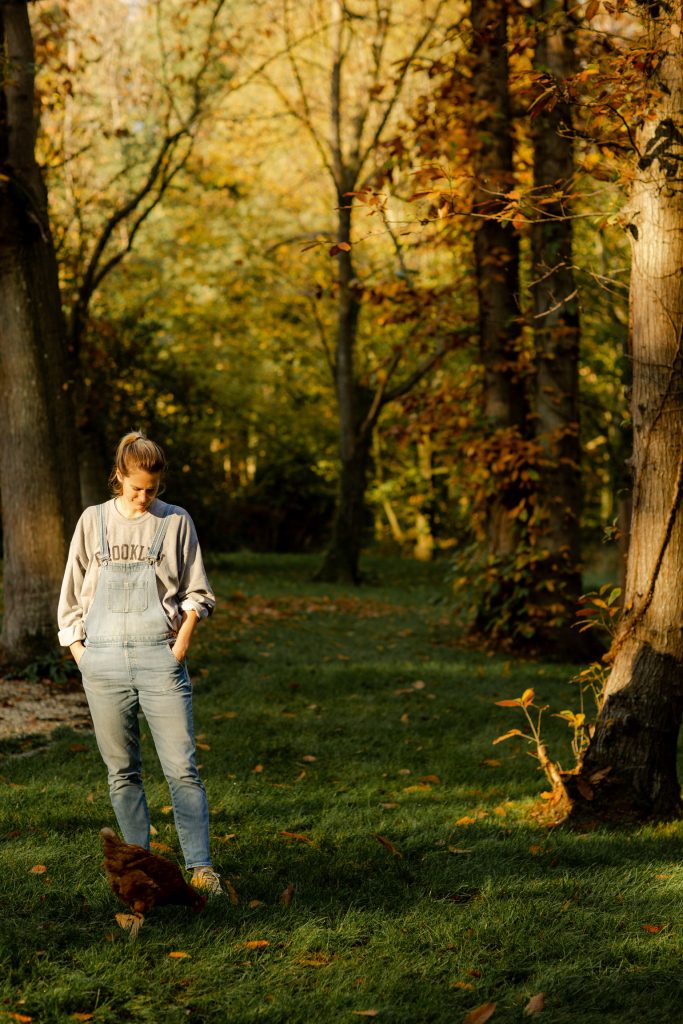