Portrait : Thévy and her animals 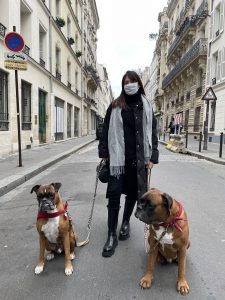 Who are your dogs? 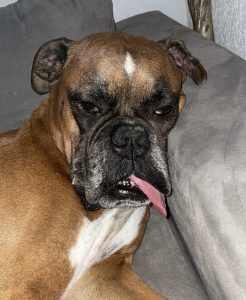 I have had him since he was two months old, I went to pick him up in Brittany at a private home, he was the puppy a little bit apart, it was an obvious choice

he is my best friend since the beginning! 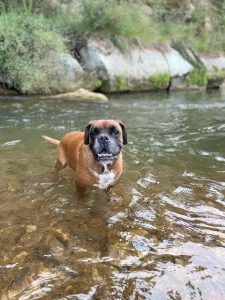 His name is Igor (or Nounou),

we adopted him almost two years ago, his former parents are both deceased… I came across his adoption ad on facebook and it was love at first sight!

It was a bit complicated at first as he was not used to cats and we had two at the time (in a 40m2 flat)… but he got used to them within two weeks!

He is a big heart full of kindness, he is really my alter ego, I have a big connection with Igor. 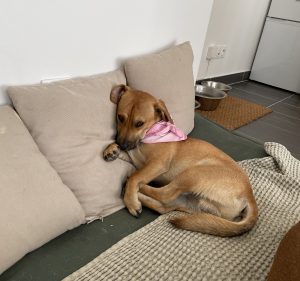 This one is Voldi, called “Didi”,

onths old, he’s a Creole, he comes from Reunion Island.

I wanted to adopt a small dog, as we’re going on holiday with them, a third big dog was complicated! I fell in love with his puppy face.

Voldi is really my child, I always want to protect him despite his big character! He is also the little baby of the other two, they are all very fusional and it’s incredible to be able to see that every day!

What is their biggest mistake?

The biggest mistake of my animals is Voldi : One evening I came back and he had eaten all my bags of rhinestones (dental jewels), there were about 30 bags of 100 rhinestones scattered all over the dining room. Or Gaston who devoured all my sofas, but that I think it’s all the dogs. Now they are still very calm, they play a lot with each other.

Who is your cat? 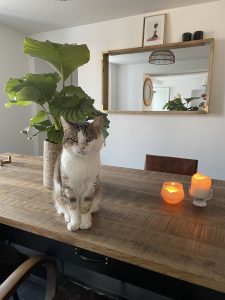 I fell in love with him when we went to the spa, we had two other diabetic cats and we frequently went to the spa for check-ups, and then we came across him, I didn’t hesitate for a second and he went back with us.

Since he’s the only cat in the house, he’s much closer to us and spends his time bringing us presents at night!! We both talk a lot! He’s really funny.

Present us your mare : 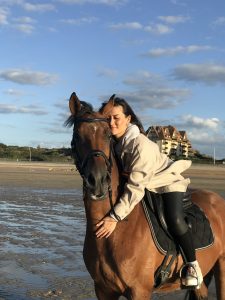 Davina, my 8 year old mare, is my jewel. I feel sick to my stomach when I talk about her, she is my childhood dream coming true!

I had tried about fifteen horses before her, she lived in the Manche and it took me 3 weeks to go and meet her. I didn’t want to waste my time… finally after yet another failure, I decided to go and see her… and there she was! At first sight I knew, impossible to explain what I felt! Even before I got on it, I knew, and once on it my feeling was confirmed, it was HER! Our first meeting was at the sea, it’s my first memory together and I’ll never forget it. She’s a warrior, she has a hell of a mind, she’s determined and never gives up! She fascinates me!

On the other hand, she is not very close to humans, I think she had bad experiences in the past… It’s been almost three years since we met and only a few months where I feel that the complicity is mutual, it took her some time and I don’t regret having waited, what a happiness… indescribable…

I call her “Bibi”, “bébé” or “ma fille”. There is no real explanation for these nicknames, it’s just natural! 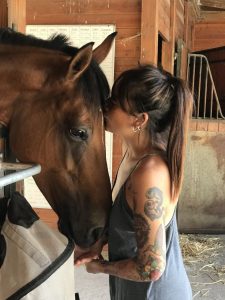 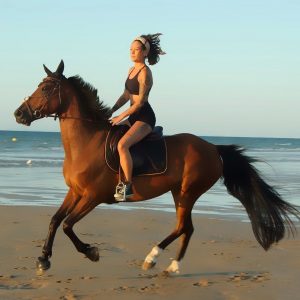 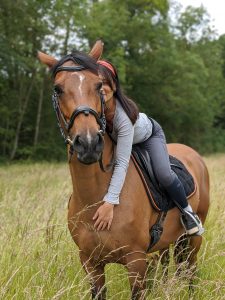