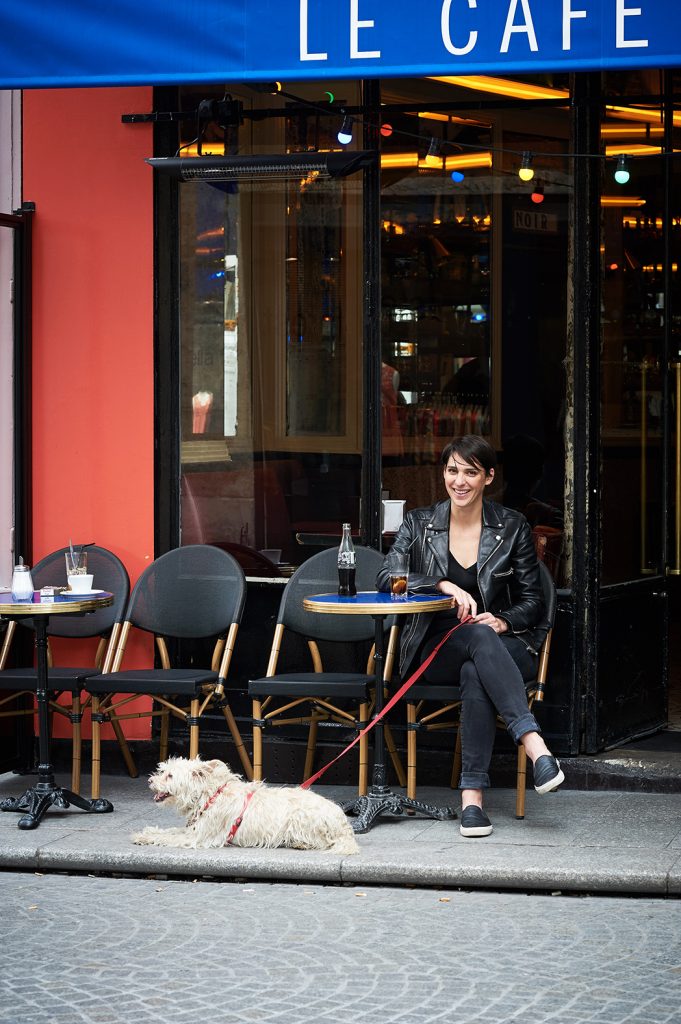 Who is she?
JAVA, 12 years old, shepherd/fox terrier cross, female.

Can you tell us about your first meeting?
Java was a little dog whose pregnant mother had been abandoned and run over by a car. The animal assistance had given this dog to a major veterinarian specialized in severe cases, and he saved this mother and two babies she was carrying. Java and a little black and white puppy, who immediately found a family.
I was brought to visit this same veterinarian because my dogs had had a very serious accident. We had unfortunately lost one and the second was in critical condition. This super veterinarian saved him, and my dog ​​Basile had to stay a month in convalescence in a cage stuck to that of these two little pups. Java fell in love with my damaged dog, and licked him through the cage.
When I got my dog back, I told the vet my fear that Basile would not fight and let himself die of sadness, having lost his companion, so he told me: I have a solution for you. He came out of the office, then the door opened and he let in a tiny thing, scared, short-haired and with watery eyes. When she saw me, she lay on her back and peed. I watched the vet, and I told him: I take her! 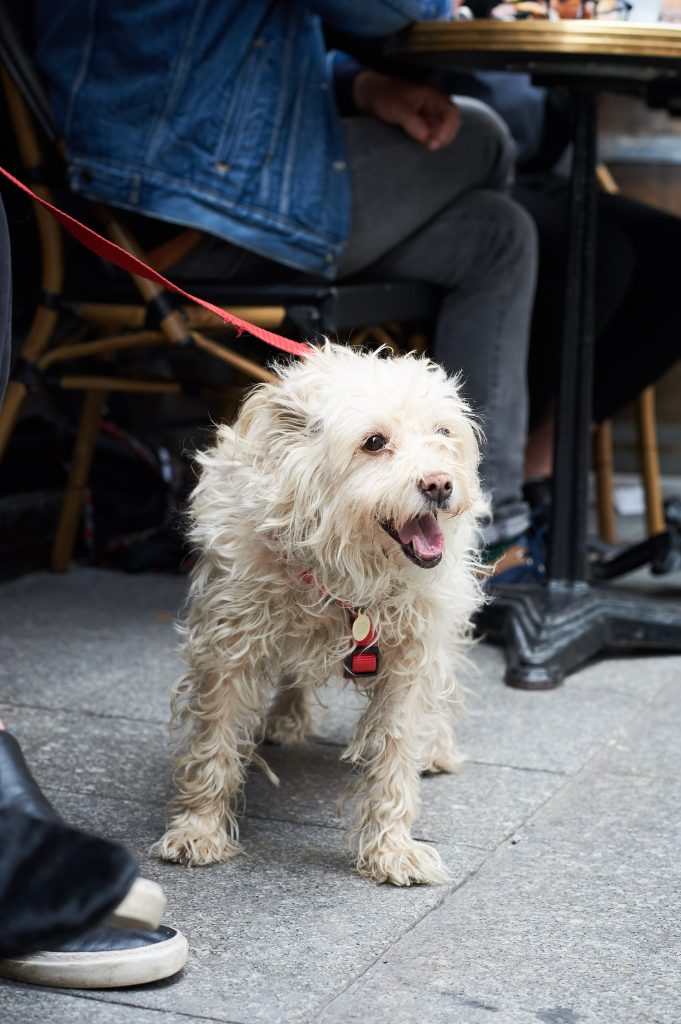 She is terribly affectionate.
What’s her biggest flaw?

She is a great gourmand, she steals food! 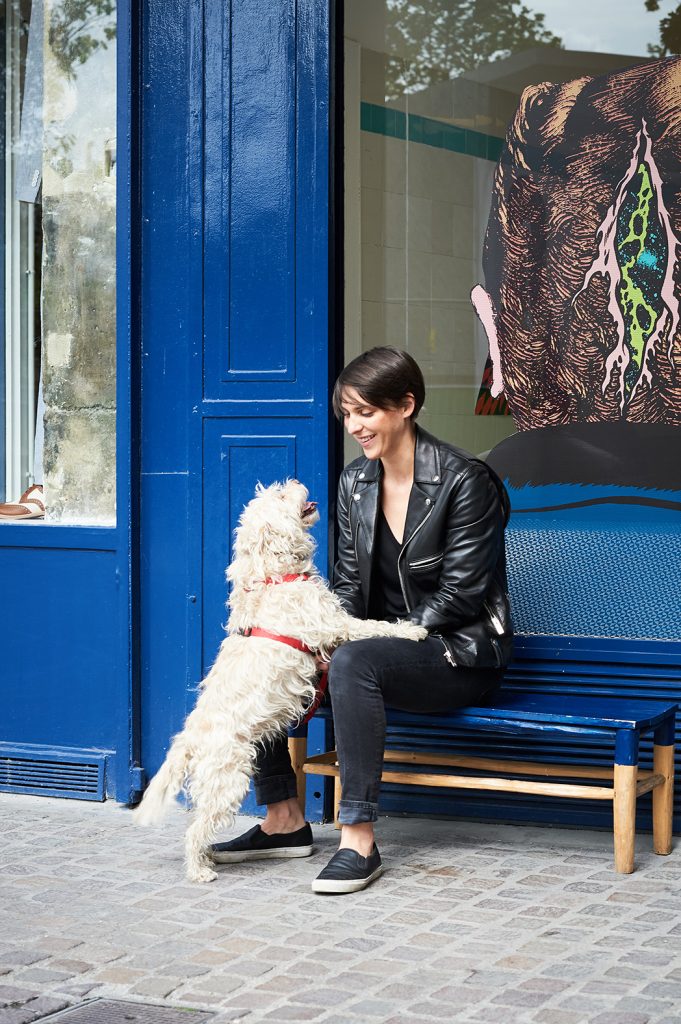 Does she have a nickname and if so why?

Raccoon, because she looks like one when she’s playing around in the mud…

What does her presence bring you on a daily basis?
She brings us love, without condition or judgment. Tenderness and joy. She is always up for everything and positive!
What’s the naughtiest thing that she has done?
When she went to steal our newborn’s diaper in the baby’s room and spread it on the cream carpet next to the cradle!
What’s the most unusual anecdote you have lived with her?
We were in a house in the countryside, and we left the dogs in the garden. All the windows and all the doors were closed and despite that, Java managed to come back inside the house… We never found out how she was doing it. 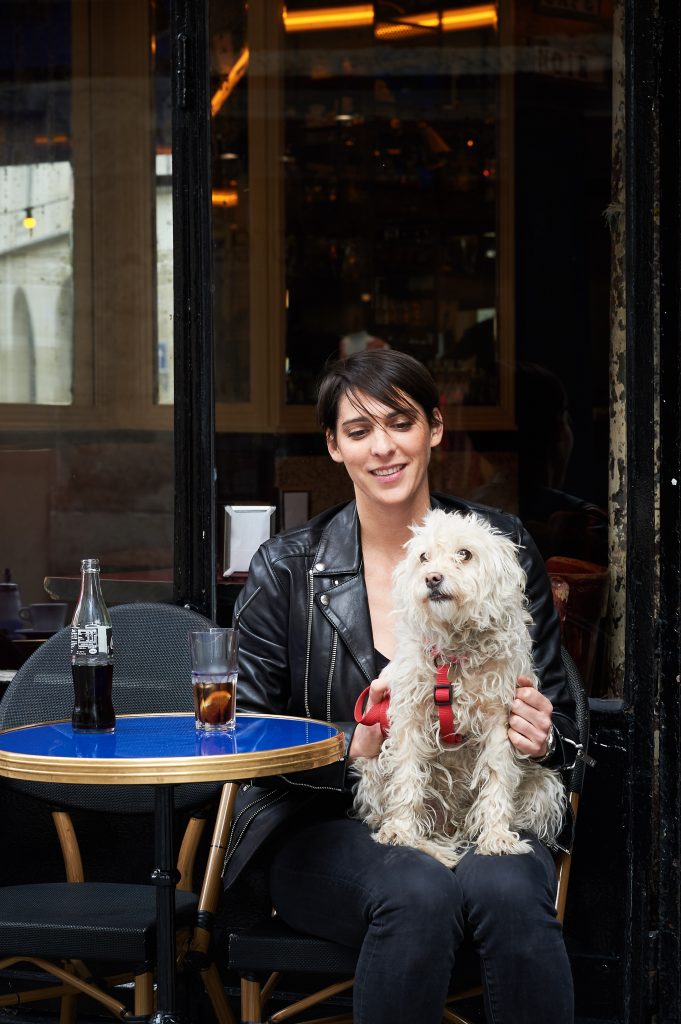 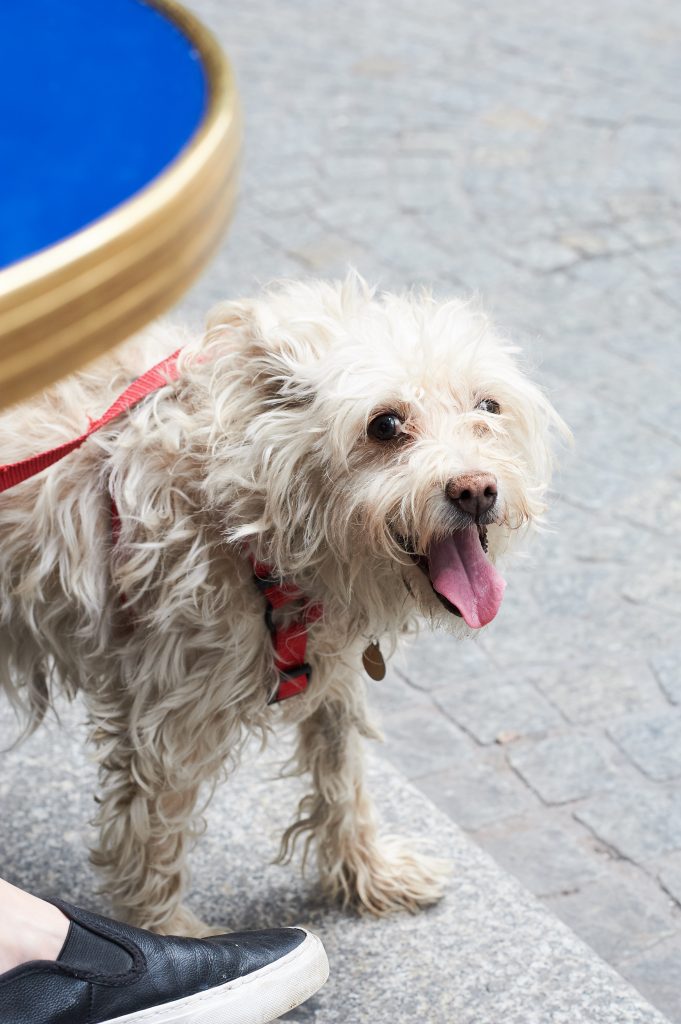