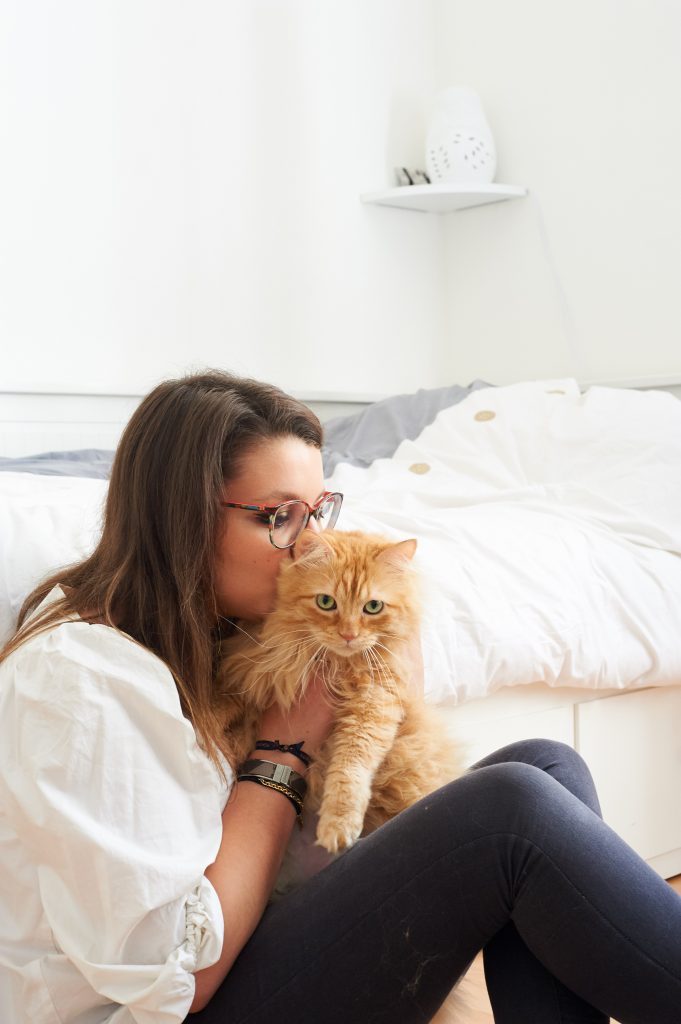 Leon is a male of about 2 years old. He was brought to a refure when he was very young. His age is approximate and his breed unknown.

Can you tell us about your first meeting?

I first saw his picture on the website of the association. I immediately melted. But he was already adopted… When the rescue contacted me, I had the joy to learn that his future adopters had withdrawn.
The meeting with Leon was sweet and full of hugs. 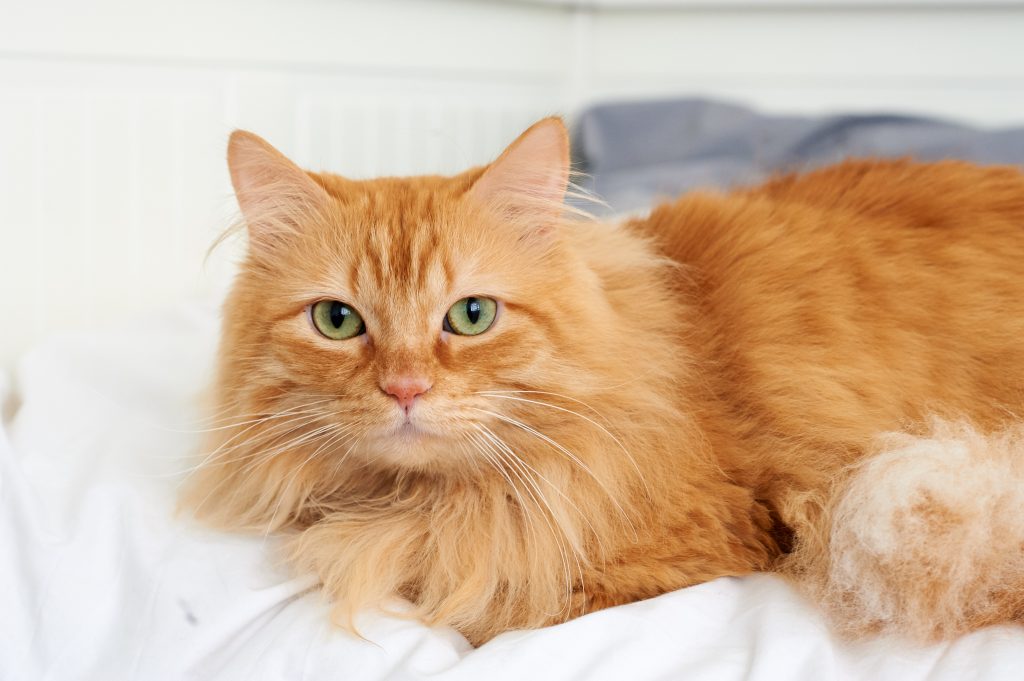 The trust he gives me. He was abandoned when he was little and was found in a bad state by the association. Despite this, he is very kind.

Leon is an early riser… At 5 am, Monsieur is awake and waits (loudly)for me to give him food. Our waking up times are not quite coordinated!

Does he have a nickname and if so why?

My big cat. It’s a very emotional nickname. He is bulky with his long hairs. And… he is greedy!
Feeding him before I leave for work in the morning is e-s-s-e-n-t-i-a-l! 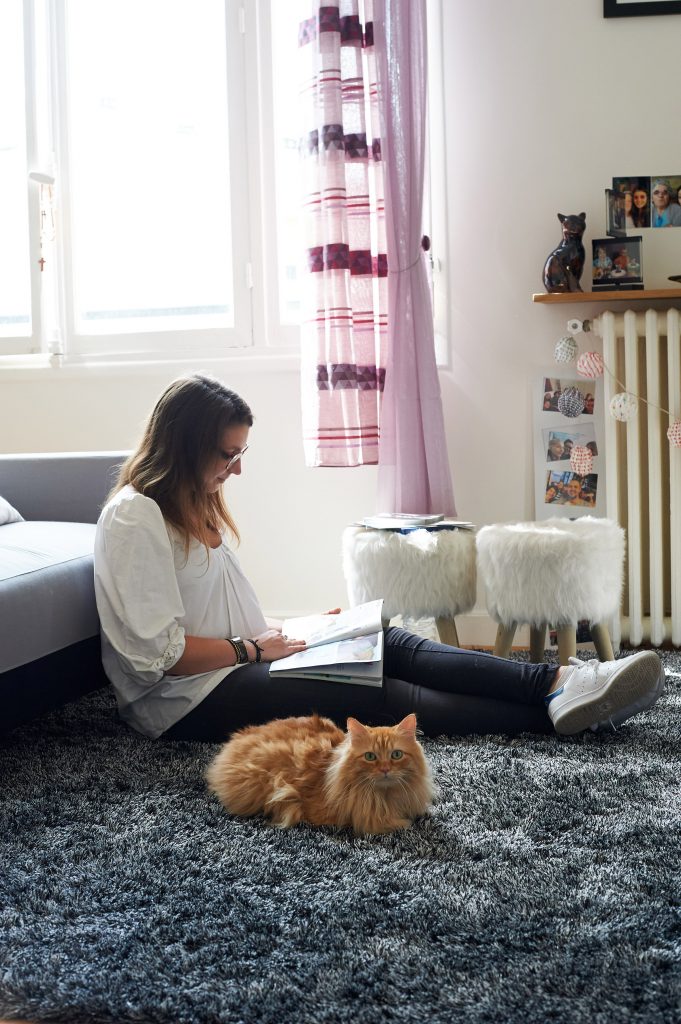 He brings me serenity, tenderness and purring! Leon is a calm and cuddly cat. A real teddybear.
After a long day of work, it’s a pleasure to find him.

“Save” is an association based in the 13th district which specializes in cats in great distress. 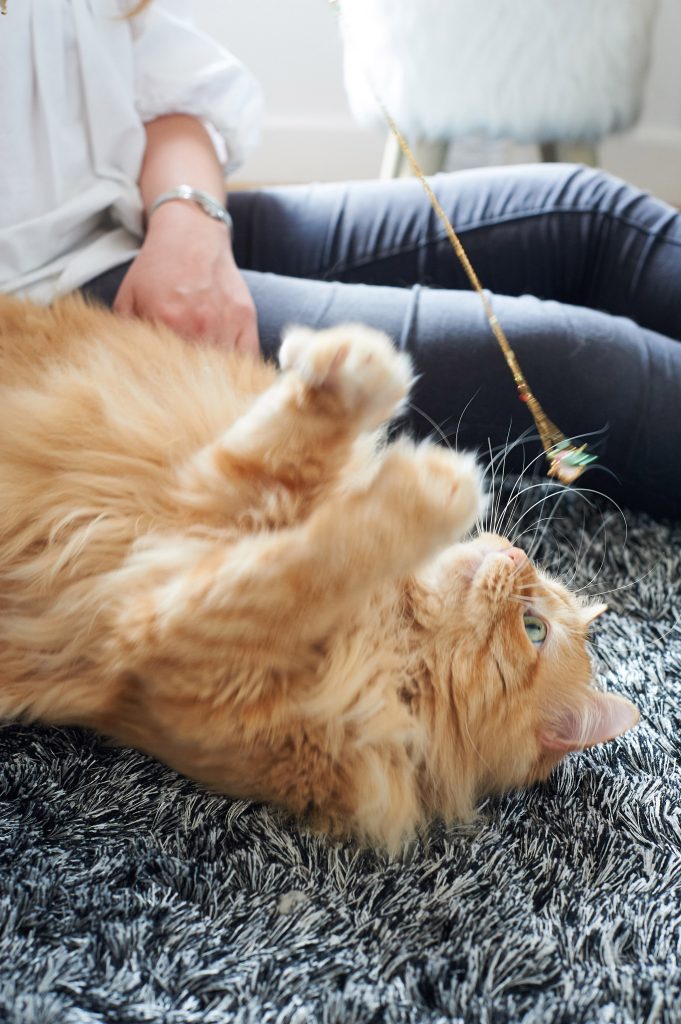 To attract my attention, Leon hangs on the bottom of my curtains with his claws. He knows perfectly well that it’s forbidden. He does it by looking at me in the eyes and runs hiding!

Leon was in front of the washing machine. It started spinning all of a sudden. He jumped with his 4 legs about 30 cm in the air.
I laughed a lot. Looking at his face, I could tell he was a little upset that I was making fun of him.