The origin of the association AVA

More than 30 years ago, Maxime and Jenny Légier, a couple of animal lovers indignant at the fate of the most vulnerable among them, founded the refuge du Quesnoy in 1986, no longer able to see the euthanasia refuges the animals they could not place. Since its creation, AVA has come to the rescue and protects these old animals, cattle, horses, dogs, cats and even deer, which cohabit harmoniously. In 2003, the reindeer of the Farm was taken over by Dr. Thierry Bedossa, a veterinary volunteer with AVA since 1990, himself intimidated by these associations and refuges who continue to practice these arbitrary killings and contrary to the basic principles of good and well-being. In collaboration with Marie Volle and Laure de Saint Rémy, Alain Van Der Berghe and Philippe Pages, the association was created and has since endeavored to perpetuate the humanist project of its founders, conducting a central reflection on well-being and the kindness of animals, and the bond and relationship between man and the animal and the living being in general.

How is the AVA refuge a different shelter?

The mission of AVA encompasses both the management of an animal, the search for its balance, and the work that allows its rehabilitation. The AVA shelter is one of the largest independent shelters in France with nearly 500 protected, precursor in its relation to the living, in that it integrates the understanding of the environment and the study of the behavior to bring to each individual the solutions the most adapted to its well-being. A few years later, the arrival of Fanette Barraya and then of Kosma Brijatoff allowed to develop a much better reflection and approach linking the welfare of animals to that of the humans who take care of them, and who finally present the same vulnerabilities.

What are its core missions?

We offer an alternative to the euthanasia of aging, senile, disabled, dangerous and aggressive animals, exhibiting troublesome or undesirable behavior, or suffering from pathologies, offering them as much as possible a retreat as peaceful and serene as possible in the countryside, with congeners, and pampered by passionate healers.

The euthanasia of these animals, which are sensitive, intelligent individuals, in search of a good life, but in a situation of vulnerability, is still far too often envisaged even by the major animal protection associations.

We also provide unwavering support for ethical and independent scientific research, enabling the acquisition of evidence-based knowledge, not just opinions or emotions.

Beyond the rescue and reception of these animals, one of the specific features of the shelter is to make their rehabilitation possible?

It is a necessary work carried out with the help of 25 employees, veterinarians, behavioralists, ethologists, canine educators and volunteers: to regain confidence in the human, to make progress at their own pace, by practicing games and positive reinforcements, taking care to enrich their environment and stimulate them, is to accompany each animal towards a better life of its own.

AVA will be present at the seminar Pet Revolution : What topics will be discussed?

The AVA shelter is also intended to host projects for scientific studies and research, to be a place where professionals pool their knowledge, in a spirit “think thank” and turned to the pedagogy and the transmission of knowledge. The seminar is one of these places of sharing and meeting around this fabulous interaction that is the relation Man / Animal.

One of the topics to be addressed is the sensitive subject of “good die”. As a result of our missions, and because of the activity of “retirement home”, we are led to accompany our protégés during their end of life. If we defend life, the right to get old, surrounded and accompanied like a family member, it is our responsibility to make the difficult decision when the time comes, to help them die with dignity: reassure, relieve, treat without tipping over the therapeutic eagerness, to distinguish signs of evil being, and to prolong the small moments of pleasure as long as possible, to the end. To make euthanasia only an act of love.

After 30 years in the service of animals, the shelter AVA is in difficulty, how to help ?

Such care of an animal has a significant cost, beyond just veterinary care. We appeal to the generosity of all humanists and animal protectors to make a donation, to help us to make ourselves known, to become our godparents or patrons, every gesture counts for our protégés!

It is with great attention and affection that the Foundation Les Néréides Loves Animals closely follows this association of heart that is AVA ! If you too wish to express your interest and support, here is their contact information:

A small link for a great shelter : 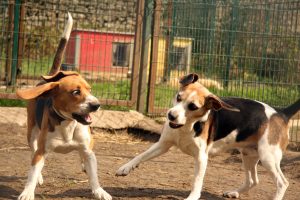 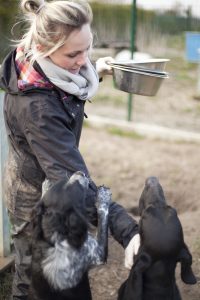