The Foundation “30 millions d’amis” was created by Jean-Pierre and Reha Hutin in 1995, and is concerned with pets, including dogs, cats, horses, rabbits, parakeets, reptiles, fish and other “NAC” also wildlife.

It is recognized of public utility the year of its creation. This institution has a mission, wherever necessary, to defend the animal cause and the environment, winning many victories in this sense. This Foundation is today at the head of one of the largest programs of assistance to shelters and associations in France: more than 300 distributed throughout the territory.

Its aim is to fight against all forms of animal suffering and to this end it uses a variety of means of action: the Foundation organizes many awareness-raising campaigns (against abandonment, for example, especially in summer), launches petitions, organizes demonstrations. This Foundation has many goals: fighting against abuse, ending the euthanasia of stray cats, condemning bullfights, banishing hunting abuses, enforcing farm animals, stopping the killing of animals for their fur , to abolish animal experimentation, to stop the trafficking in animals, to prevent the cruel exploitation of circus animals, to allow the presence of animals among vulnerable persons such as the blind, handicapped, children in psychological people in institutions.

This Foundation has the possibility to file a complaint against any person or organization that contravenes the laws but also to be a civil party in the trials. At the same time, it encourages the evolution of the legal status of the animal in order to facilitate its protection.

Its action is not limited to France. Indeed, the Foundation is found on all continents and on all fronts: the massacre of dogs in the East, the elephants in Africa, bears martyred for their bile in China, the protection of monkeys in South America are examples of its international involvement.

It is for all these fights carried out that Les Néréides Loves Animals wishes to join this process and has helped them since the month of May by a monthly donation of 500 euros. 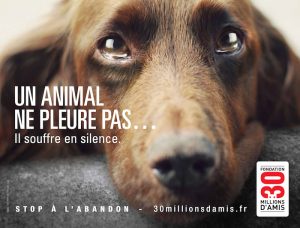 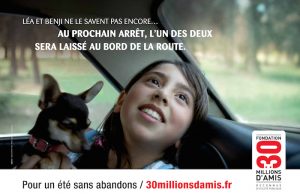